In my life i have learnt that people who come into our lives they come for a reason.They may come so that you bring light and guidance to them and they can  come to do the same for you.I have always been greatful for every single person who ever came in contact with me because they all brought a lesson i learnt one way or the other.Regardless of whether they brought pain to me or joy,i always say what is life without good or bad,pain or joy,laughter or sorrow?That is why even our days are made up of day and night,darkness and light.There is time for every thing and now am just greatful for these friends that i made a year ago,most of them are younger than me,i believe they came to my life for a reason.They are my chosen family,we cry and rejoice together,though we are divided by a border between South Africa and Botswana we still into each other’s everyday lives.Its true that distance is never a barrier.A week ago they came to support one of our friend who had a dinner/party as this year she was turning a big healthy 25….best times ever…and i saved you guys some pictures so feast your eyes…

A stunned Khaya Mthethwa clutched his head in disbelief when he was announced as the first black Idols winner last night.

Khaya Mthethwa of Durban cannot contain his surprise as he is named the winner of Idols 2012 in Johannesburg last night, beating Melissa Alison from Port Elizabeth. More than 3 million viewers voted in the competition in the past week Picture: COBUS BODENSTEIN

"I just want to thank God and my parents who have flown out here and taken the time to come and support me here every Friday even when they were busy," he exclaimed.

The Durbanite blasted naysayers who had predicted that his prospective win would be to appease disgruntled black viewers.

For the record, for the past seven seasons of the competition, not a single black contestant has scooped the Idols SA title.

an everything blog from a free spirited,adventurous African girl... 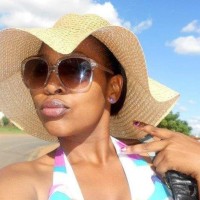